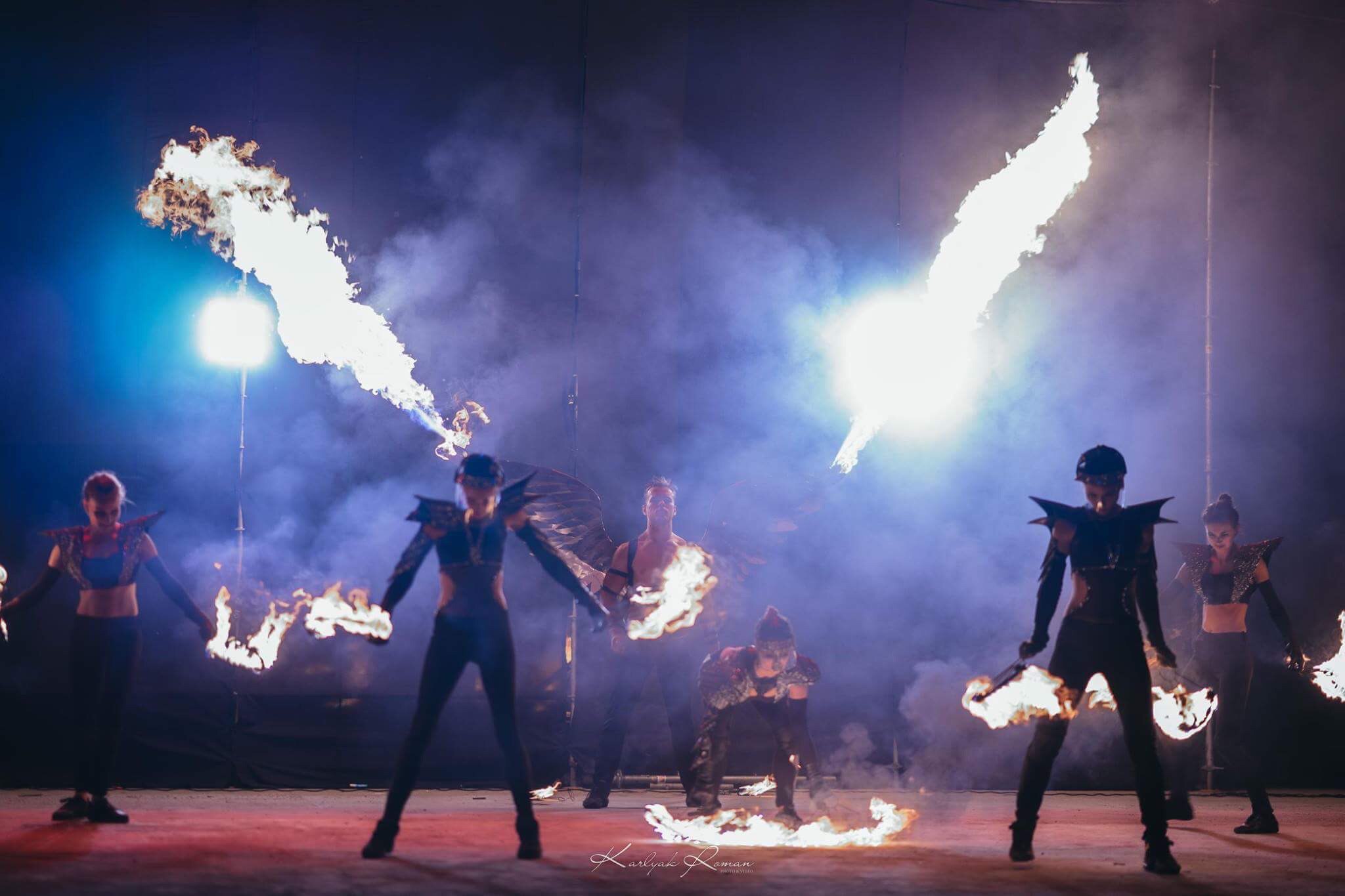 On Tuesday, May 2, in two corners of our planet the artists of “Jin Roh Circus” simultaneously showed two premieres of new shows!

So, Ukraine, Uzhgorod.
Jin Roh “lit” at the fire festival!
At the gala concert Fire Life Fest 2017, Jin Roh raised in a standing ovation the whole amphitheater! So, fiery and brilliantly premiered a new fire show from Kherson performers!

Turkey, Antalya.
Jin Roh opened the season of summer shows in the best hotels of the Turkish coast! The premiere of the renewed dance-circus program took place on the stage of a new premium hotel and made a sensation among spectators and organizers.

So, we managed to carry out a real explosion of emotions simultaneously in two countries!